Rainwalk > Computers and Mods > Locust > Locust back up

Locust finally received some new hardware to make it a decent secondary rig, and in honor of it’s rebirth, I decided to give it a new look with some stain and basically do a better job of rerouting everything. 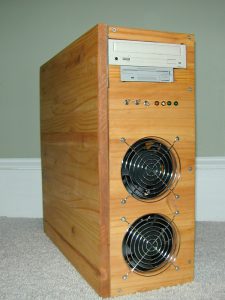 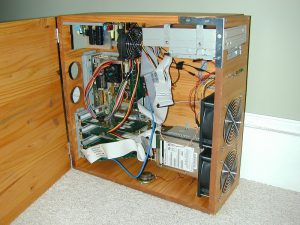 I started off by stripping the case of everything and then staining it a dark cherry finish. 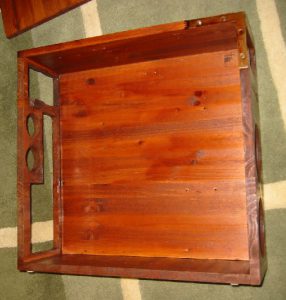 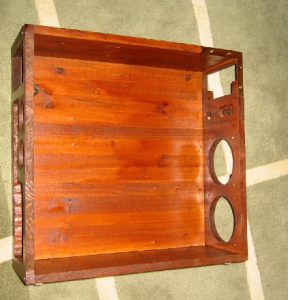 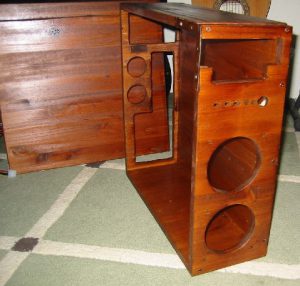 I then started mounting the hardware, beginning with the CD-ROM and the floppy drive. I used regular 90-degree “L” brackets to fasten them to the wood. 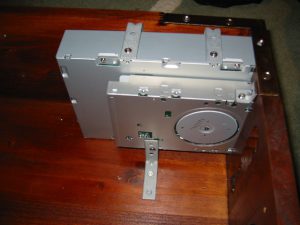 Continuing down the front bezel, I mounted the LEDs and switches, two On-(On) switches for power and reset, and one On-Off-On for the 12v-off-5v fan switch. I had already soldered a length of wire to each pole to make attaching wires to the switches easier later on. 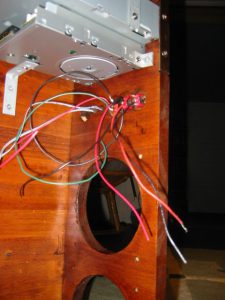 I then added the dual 120mm fans and screwed them into place. 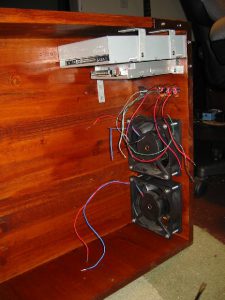 The next step was to put in the motherboard tray… 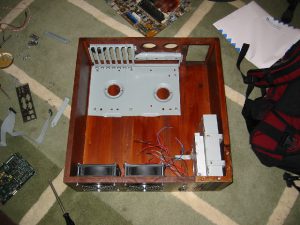 … and mount the PSU and do some wore wrapping and routing.. 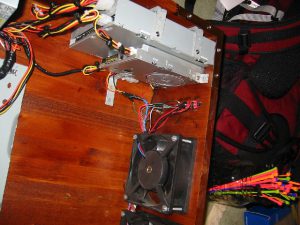 Here’s where the first “oops” happened. The ASUS a7v266 motherboard is longer than the P5A motherboard it replaced in this case. 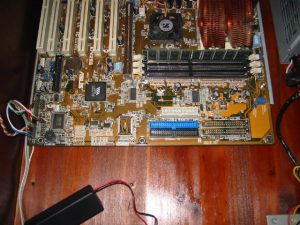 This turned out to be not so big of a deal, except that I ended up having to mount the hard drives vertically instead of horizontally between the motherboard and the fans.

As it turned out, the gap underneath the segment of motherboard that protruded over the edge of the tray was perfect for routing ribbon cables to the lower end of the board.

I was originally going to use two 2-position 3.5″ bays from the Antec spare part catalog to hold each hard drive horizontally in the stream of the fans for cooling, but the longer a7v266 motherboard made me rethink that. I instead opted to use a 3-position bracket to hold two drives.

Unfortunately, the sides of the bracket would prevent a good airflow, so out came the dremel to cut some air holes. The orange stuff under the rack in the center picture is some rubber matting to use as a vibration dampener. 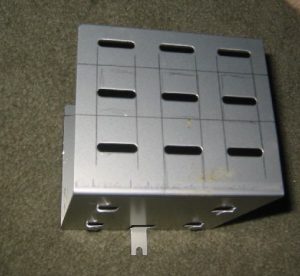 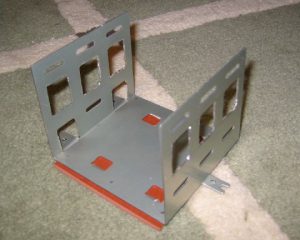 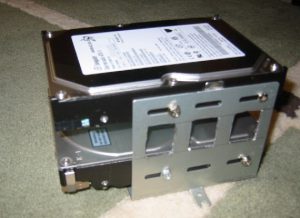 The last things remaining were to screw in the drive rack, run the wires, plug everything in, mount the CCFL and Zalman heatsink and install the OS, in this case, Windows 2000 Professional.

The finished product, complete with green CCFL, some cable origami and wrapping, and the Zalman heatsink. 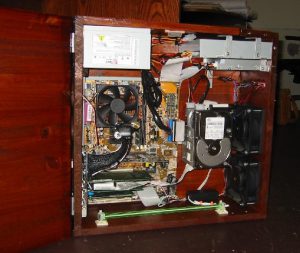